Bharati Airtel, one of the major telecom and DTH service providers in India, launched the Airtel Xstream smart-box in 2019, and DTH consumers are going crazy over the list of features. Just ahead of the JIO fiber launch, Airtel revealed the list of features the new set-top box is offering, and we got the hint why experts are calling it the first-ever smart box to launch in the Indian market.

The smart box comes with two USB 2.0 ports along with HDMI 2.0 for connectivity, Ethernet, dual-band Wi-Fi, satellite tuner, and local recording features. While the hardware and connectivity features might be the same you find in other set-top boxes available in the market, it’s the list of entertainment features that have attracted DTH customers to Airtel Xstream box.

What makes Airtel Xstream truly smart is that you can turn your big screen into a gaming station via Airtel Games (smart remote gamepad app).

Here are the highlighted features of Airtel Xstream box:

With the all-new voice-over enabled remote powered by Google Assistant, you can now search your favorite content by giving a voice command.

Turn your TV into complete entertainment with access to over 5000 Apps available on Google Play Store, including games, music, movies, and more.

You can turn your smartphone into a TV remote or gamepad by downloading the Airtel Smart Remote App.

Want to enjoy your favorite on the big screen? You can cast your content from a smartphone to a TV screen with the Google Chromecast built-in feature.

With all these features, Airtel hasn’t compromised what seems to be the most important for home entertainment – picture quality. If anything with Airtel Xstream box installed at home, you can enjoy streaming over 500+ channels in 4K resolution and amazing clarity and vibrant images.

Get your new AIrtel Xstream box delivered to your doorstep from Airtel’s official website or app and turn your TV into smart entertainment.

Retirement for Expatriates: 3 Tips for a Smoother Process

The Proven Method of Back-testing a Trading Strategy

Short-Term Bridging Finance – Find Out How It Can Benefit You 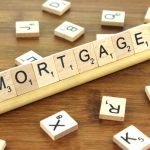 Earlier than Making use of For a Mortgage Search Remortgage Recommendation

Retirement for Expatriates: 3 Tips for a Smoother Process

The Proven Method of Back-testing a Trading Strategy